Is devolution the solution? 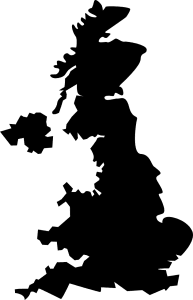 COVID-19 will have lasting impacts on our nation’s economy, healthcare system and education. But how will it impact us politically?

Throughout the recent months we have seen a slight political shift; a small transfer of power from Westminster to the devolved bodies of the four nations. The possibility that councils and local governments are to make important lockdown decisions has been played with. However, does the idea of further devolution and wider powers to regional government enhance democracy in the UK, or make politics even more divided and dysfunctional?

Leaders of communities, who know and understand communities’ needs, allowing them to thrive by offering help in the right areas, instead of the central government making umbrella policies that might affect only a few areas, sounds a rather good idea.

For the arts industry, this would help maintain the clear culture of individual places and allow the arts to prosper, as councils understand their vitality. If given more power, the local council’s knowledge of a region’s art and culture would be used effectively, ensuring the foundations of the community are not lost and forgotten due to under-funding.

A weaker Westminster would provide a less London-centric government. This could particularly benefit the North of England, a place often felt ignored and still feels ignored despite George Osbourne’s attempt at the “Northern Powerhouse”.

The North feels ignored for several reasons. For starters, the current cabinet meetings consist of 26 ministers, with only 3 representing North of England constituencies. That seems to contradict the basic idea of representative democracy. This is despite the Northern gains being key in Boris Johnson’s landslide victory in the 2019 General Election.

With the devolved bodies in Scotland, Wales and Northern Ireland and a UK Cabinet made up of 23 ‘non-northern’ MPs, clearly, the North is an underrepresented region left out of politics. More power away from Westminster to a different northern devolved body would allow a fairer, more reactive government.

Nice idea, right? Then why is there not more devolution? Because no one cares enough.

An extension of powers to devolved assemblies and regional government has been in question for years. However, it’s evident in local elections, especially in the North, that there is little interest and activity in local democracy. In the 2017 Greater Manchester Mayoral Election, the turnout was a measly 28.9%. In the 2018 local election, the 8 lowest places with the worst turnout were all from the North of England and the national turnout being 34.7%.

This might suggest the northern electorate has already given up on politics, or at least the idea that they could be represented by something or someone who understands their issues.

To further the separation of power would divide a nation that is already divided on many issues, including Scottish Independence and Brexit. Regional splits could cause for more conflict and division in the ‘United’ Kingdom.

The argument for separation of powers is one that will continue to go on and maybe the North of England being a whole separate entity is not the best idea. But it is key for the government to recognise how disengaged with politics the North is. Westminster and the government should not underestimate the North as a seat hard to win, but also a seat easily lost.

Tagged with: covid-19, devolution, General Election, politics, regional politics, the north, uk
If given more power, the local council's knowledge of a region's art and culture would be used effectively, to make sure the foundations of the community are not lost and forgotten due to under-funding.
Westminster and the government should not underestimate the North as a seat hard to win, but also a seat easily lost.