Michaela Coel destroyed us, and we’re here for it

To destroy: to end the existence of something by damaging or attacking it; to ruin someone emotionally or spiritually; to defeat someone utterly. Michaela Coel’s new BBC drama set out to achieve the above, and the end-result is staggering.

‘I May Destroy You’ follows Arabella, played by Michaela, and her friends Terry (Waruche Opia) and Kwame (Pappa Essiedu) as they struggle to deal with the aftermath of Arabella’s sexual assault. Set in the heart of today’s multi-cultural London, the drama is a nuanced exploration of millennial living, one which examines sexual consent, race, class and gender in a refreshingly bold and unapologetic way.

‘I May Destroy You’ shatters all pre-conceptions and expectations, entirely obliterating the viewers’ ability to make any presumptions about how the narrative will unfold, both in terms of content and form. This uncertainty echoes the ambiguity of real life, in a rare dramatic expression of authenticity, a word which in our modern vernacular has ceased to mean anything at all. We talk about being our “authentic” selves on a daily basis; it’s a phrase plastered on the front covers of self-help books and Instagram photos; it’s what every artist strives to achieve with their creative work, but what very few actually do. Except Michaela Coel. Having written every single episode of ‘I May Destroy You’, as well as acting in it and co-directing it, Michaela retained total creative control over every decision, enabling her to tell her story from her perspective, a rarity in a profession riddled with production companies and TV executives who so often think they know best. 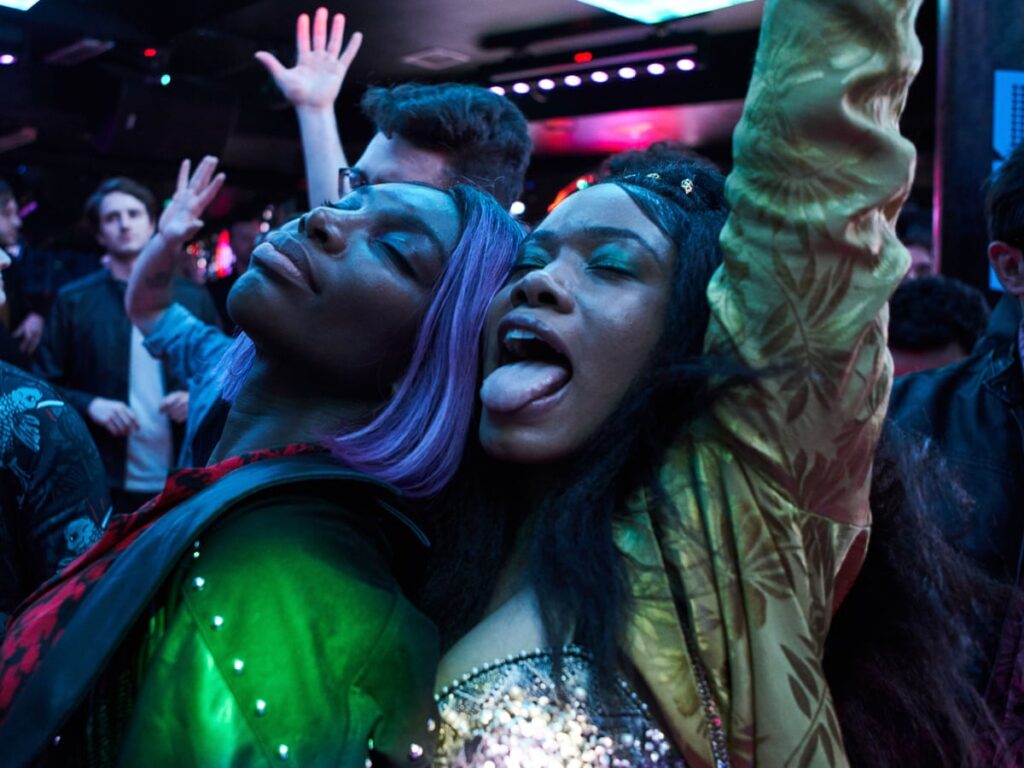 It is evident that ‘I May Destroy You’ is entirely Michaela Coel’s vision in the way in which the series’ main characters sit at the very heart of the narrative, rendering everyone else secondary. Arabella, Terry and Kwame don’t exist on the fringes of the white-washed world we so often see on our screens; they ARE their world. The drama refuses to explain this, and rightly so; why should it? Why should it mould itself to fit the expectations of the so-called mainstream? One of the many things Michaela destroys is this very notion of what mainstream is. ‘I May Destroy You’ is inspired by her lived experience of growing up as the daughter of Ghanaian immigrants in working-class London, working in the creative arts. Arabella and her friends might not be your mainstream, but this is not your story, a message which seems to sit at the very core of Michaela’s work.

Her drama resists labelling, from problematic characters who often defy expectation, to erratic storylines that jump back and forth in time. It’s brilliant in its manipulation of convention; embracing it at times and then instantly rejecting it. It’s an expression of control, perhaps a manifestation of Arabella’s lack of it when she is robbed of her right to consent. The final episode sees Arabella re-experience her sexual trauma on repeat, as she explores different outcomes in an attempt to make sense of the senseless. It’s uncomfortable to watch; you want it stop, but it’s crucial that it doesn’t. Arabella refuses to be destroyed by her attacker. Instead, she takes the viewer with her on a journey where she reclaims her body and her space as her own. Her imagination allows her to invite each version of the perpetrator into her bed, and then exercise control over what happens to them. One is killed, the second is remorseful, and the third says “I’m not going to go unless you tell me to”. It’s only through Arabella uttering the worlds “go” that her phantom assaulters leave her bedroom and set the waking Arabella’s mind free.

‘I May Destroy You’ is equally as uncomfortable as it is striking, both beautiful and heart-breaking in its storytelling. But it’s also a bold socio-political, cultural and artistic statement. At a time when commissioners and companies are scrambling to improve diversity in their output, ‘I May Destroy You’ has come along and defeated them. Michaela’s work demonstrates that it’s not enough to recruit more creatives from less-represented backgrounds, nor is it enough to consult individuals on their “otherness” in a misplaced attempt to understand why the term exists in the first place. It’s about recognising who the story you’re trying to tell belongs to and letting them tell it. It sounds so simple, so why isn’t it?

To watch the full series head over to BBC iPlayer

Tagged with: Culture, destroy, gender, I May Destroy You, Michaela Coel, race, reclaim, review, safe, series, sexual assault, sexuality, space, TV
One of the many things Michaela destroys is this very notion of what mainstream is.
It’s not enough to recruit more creatives from less-represented backgrounds, nor is it enough to consult individuals on their “otherness” in a misplaced attempt to understand why the term exists in the first place.
Arabella, Terry and Kwame don’t exist on the fringes of the white-washed world we so often see on our screens; they ARE their world.