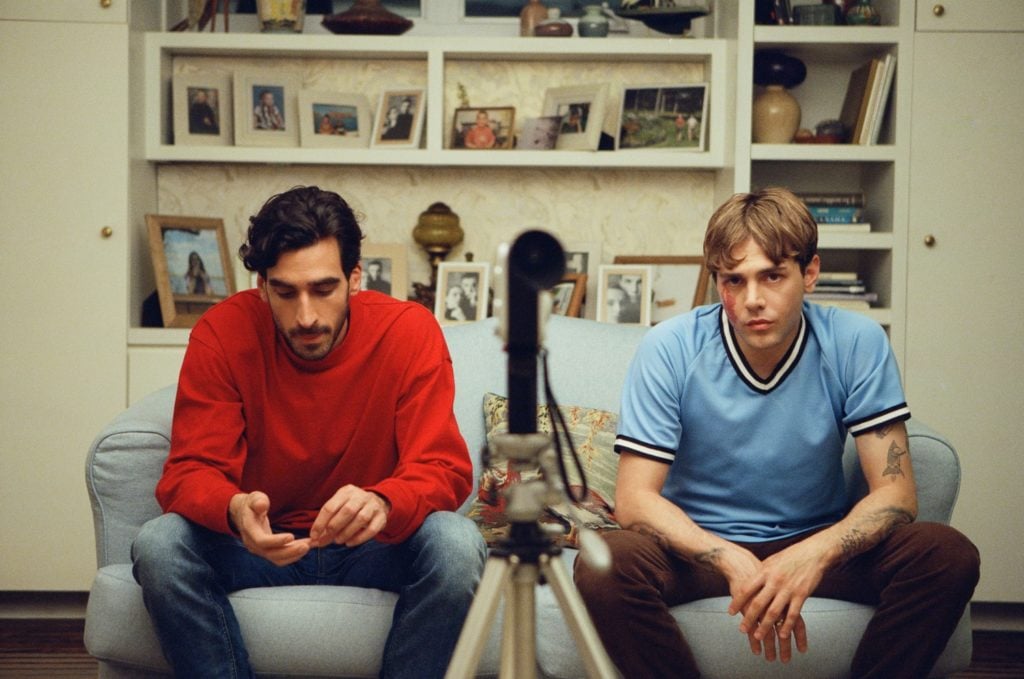 Leeds International Film Festival is in full swing. With a bountiful programme boasting over 150 feature films, shorts programmes and generally fabulous times, it really in one of the cultural highlights of the year for lots of Leeds residents.

I’ve been lucky enough to work with the Festival team for over 15 years but more importantly I’ve also been a lucky audience member of theirs for this period as well. Hunkered down deep in seats, eagerly awaiting the dimming of the lights, wiping my eyes as the credits end. What has accumulated in that time is trust. I trust that this group of programmers, of curators, of film lovers, will always provide for me a selection I could fall in love with. Not every title will win my heart but every single one will mean something. I will not regret anything I see, that’s an amazing bond that can develop between audiences and organisations and a difficult one to manufacture.

Having said, essentially, that I think everything in LIFF is swell I’d like instead to use this column to drill down deep and focus on one particular title that’s caught my affection this year and which I think has a wider implication worth celebrating.

The film is ‘Matthias & Maxime’ by Xavier Dolan. Described often as the enfant terrible of contemporary Canadian cinema, this is Dolan’s eight feature as director and, at the time of writing, it has no UK distributor. It may get one eventually but for now it means it will only feature in film festivals like LIFF, but may not ever get a mainstream cinema release here in the UK, providing all the more reason to see it.

Why am I focusing on one title when the programme has so many that are worthy of contemplation? Because ‘Matthias & Maxime’ is beautiful and sometimes it is nice to talk about something that is both beautiful as well as tangible and believable.

As the story begins, Maxime (played by Dolan, also an exceptional actor) and Matthias (Gabriel D’Almeida Freitas), best friends since childhood, are both struggling with their lives. Maxime plans to emigrate to Australia but feels trapped by his addict mother, while Matthias is a lawyer unhappily climbing the corporate ladder. After the pair are coerced into sharing a kiss for a student film, unspoken desires and simmering tensions threaten the very foundations of their friendship.

The romantic genre is often misused and abused. Characters are too thin, plot points too ridiculous, battles and hearts too frequently won and lost with too great an ease. These films can be fine. I’ve watched a million of them and they can help you while away a couple of hours but the really wonderful love stories do something very different. The classics like ‘Dr. Zhivago’, ‘Casablanca’, ‘In the Mood for Love’ were my formative introduction to the genre and a magnificent one too. These films may stand like high mountains in the landscape. So what do they mean to the day-to-day reality of life? How can the love which they present be understood and interpreted for that everyday?

Some film is all about the abnormal, the abstract and grand gestures. Love stories in this context can work well but are still best when balanced against those rooted in a reality closer to home. It is only then that we, as audiences, can more easily adopt a perspective which will perhaps shape our understanding of love and all its guises a little more.

‘Matthias & Maxime’ is a story about love in broad terms. It is about both friendship and family and with painful lucidity it tracks the complexity of both loving others and oneself.

If you’re a fan of love stories I’d also recommend you look out for ‘La Belle Epoque’ and ‘Portrait of a Lady on Fire’ in the LIFF programme. Alternatively, here are a few other romances (both great and small) which you can look out for on the horizon:

Tagged with: characters, cinema, film, friendship, genre, Hyde Park Picture House, Leeds International Film Festival, liff, love, matthias and maxime, romance
I trust that this group of programmers, of curators, of film lovers, will always provide for me a selection I could fall in love with.
So what do these films mean to the day-to-day reality of life? How can the love which they present be understood and interpreted for that everyday?
Sometimes it is nice to talk about something that is both beautiful as well as tangible and believable.