So, where did it all begin? Well, as a record label with its heart firmly in Leeds, it pains me to say that Nymphs & Thugs was conceived in Manchester. I was in a meeting with indie music label Heist or Hit, who’d worked with my band Skint & Demoralised from 2011-2013, and at this point I’d returned my focus entirely back to poetry. That was in spring 2015, before anybody had ever said the word “Brexit”, and I don’t think anybody’s life is quite the same anymore. As it happens, I’m back releasing music with S&D again, but that’s another story.

4 years since the birth of N&T, we’re home to 6 of the UK’s most dynamic spoken word artists. We’ve produced CDs, vinyl, t-shirts, zines, pin badges, prints, tote bags and, most importantly, events. The events so far include a UK tour, festival residencies and high-profile political fundraisers, both in Leeds and around the country as well.

Two of our artists, Salena Godden and Luke Wright, are among the leading names on the UK’s thriving scene and have performed their work globally across several decades. Both have released albums with us on 2LP gatefold vinyl. Since releasing an album on N&T, Toria Garbutt has established herself as a regular support act for Dr John Cooper Clarke, both at home and abroad.

Louise Fazackerley continues to enthral audiences of all ages around the UK, and Kevin P. Gilday is about to take Edinburgh Fringe by storm. Finally, my ‘Two Little Ducks’ album was accompanied by my début poetry collection on VERVE Poetry Press and supported by a 22-date UK theatre tour in the autumn just gone.

So, what do we do next? Well, the main reason that I formed N&T in the first place is because I’m addicted to seeing poetry performed live. Obviously, I love reading poetry and books will always be the leading output, but I get a real kick out of listening to the poet speak their words out loud. And to be able to listen to poets whilst you’re on a walk or in the car or wherever is a totally different experience to sitting down with a paper copy.

But rather than try and release audio by every single poet that I love to watch, instead I’ve always wanted N&T to be just as much about producing high-quality spoken word events as anything else. It’s no secret that the UK scene is enjoying one of those once-in-a-lifetime renaissance periods, and I’m passionate about using the opportunity to engage as many folks as possible. Poetry is an art-form that most people choose to ignore, and I totally get why, but N&T are doing everything we can to change that.

Two years ago, Salena Godden’s ‘LIVEwire’ album had just been short-listed for The Poetry Society’s prestigious Ted Hughes Award. We supported the vinyl launch with a 7-date UK tour, and since then we’ve used the ‘LIVEwire’ banner as the title of our events – including a residency at Byline Festival, a UN Women #HeForShe event and a showcase at Verve Poetry Festival in Birmingham.

So far, our ‘LIVEwire’ events have included guest performances from the likes of Sabrina Mahfouz, Joelle Taylor, Inua Ellams, Maria Ferguson, Cecilia Knapp and Oakley. We’ve always been firmly committed to programming a diverse range of artists – I genuinely believe that you’ll only see a diverse audience if you have diverse artists on stage.

In two weeks’, we’ll be announcing our next project. It’s undoubtedly our biggest project to date, and I reckon this signifies a major step-up for N&T as a spoken word poetry organisation. I’m dead proud of everything that I’ve achieved with N&T to date, but I’m nowhere near finished, and I’m really excited to be sharing the next chunk with you lot. We’ve had fantastic online support since day one and wouldn’t have been able to get to this point without it. 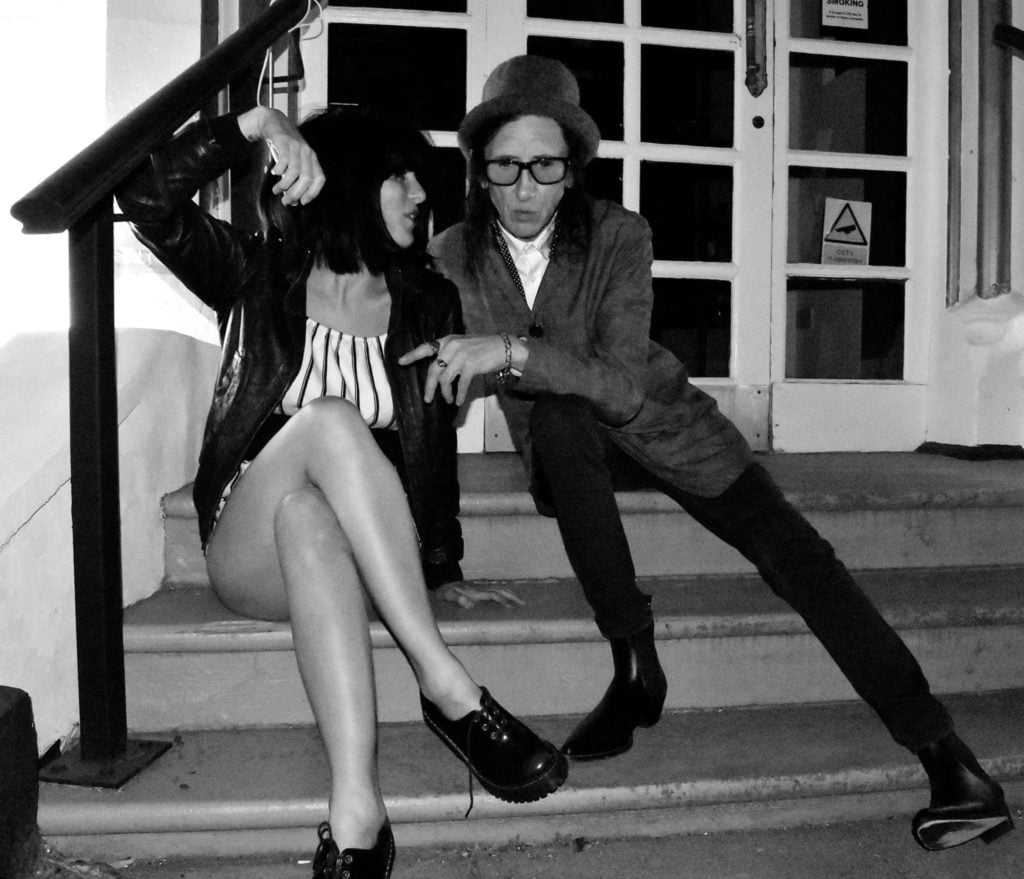 In October 2016, I was sat on a beach in the Balearics, frantically trying to arrange for some CDs to be transported across Cheltenham. In May 2017, my merch suitcase was so heavy that it shattered the wheels, and as I dragged it along the platform at Peterborough, it shredded a load of t-shirts in the bottom. In August 2018, I spent my Sunday night watching one of our 3-hour ‘LIVEwire’ shows stood next to Jimmy Page. A month later, I was waiting for my landlord’s son to come home from school so that I could access some merch that I’d had to stock in their dining room.

It’s been a bizarre journey so far. And let’s face it, poetry sales have always been notoriously bad, and fewer people than ever are buying or owning audio releases, so to be running a poetry record label is quite frankly insane. But I bloody love it. And if all goes to plan, there’s a whole load more on the horizon…

Oh, and the name? Well, when I was co-writing S&D’s third album (‘The Bit Between the Teeth’) in September 2012, my writing partner David Gledhill send me an instrumental called “Nymphs & Thugs”, with no notes or explanations. I immediately wrote a lyric, which at the time I considered to be my best work to date, and the resulting track (‘Amores Perros’) became the album opener. I’d incorporated the N&T phrase into the lyric, and it was Heist Or Hit’s favourite of ours, hence it becoming the name of the label.

I’ll be using this monthly TSOTA column to post interviews, guest features, spotlights and all manner of things related to spoken word poetry. Clearly there’ll be a big focus on this next project, but as with everything else N&T related, we want to celebrate, showcase and support the spoken word scene in general. Please follow us on social media if you’ve yet to do so – we’re keen to promote as many things as we can on Twitter, and we showcase excerpts via submissions on our Instagram profile.

Matt Abbott is a poet, educator and activist from Wakefield. He formed the indie spoken word record label Nymphs & Thugs in 2015, and fronts indie band Skint & Demoralised (2007-2013 and now 2019-). His début collection ‘Two Little Ducks’ was published by VERVE Poetry Press in October, and his début collection for children ‘A Hurricane in my Head’ is published by Bloomsbury later this month.

Tagged with: audio, book, debut, monthly column, poet, poetry, record, spoken word
I’m addicted to seeing poetry performed live.
Poetry is an art-form that most people choose to ignore, and I totally get why, but N&T are doing everything we can to change that.
I genuinely believe that you’ll only see a diverse audience if you have diverse artists on stage.